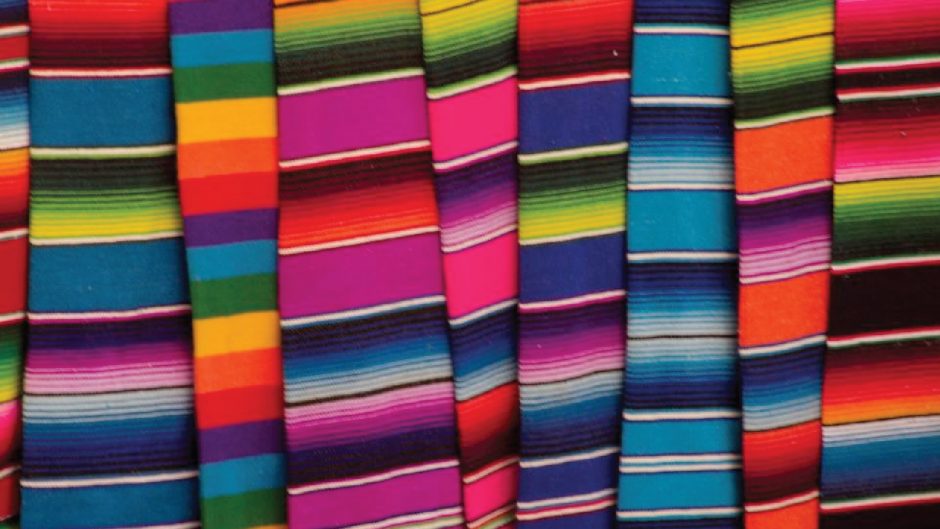 As Ashtanga practitioners, we normally do not use props in aid of our practice. This is because we are encouraged to do the best we can in any pose and as long as we can breathe, then it means that we are doing it right. In time, and with practice, one will eventually be able to take the pose with ease, stability and flexibility. So essentially, we do not need props, no matter what your level is, except perhaps in extreme cases.

The one prop that most of us do need however, is something to lay over our mat. For the simple reason that the practice makes us sweat so much. While the sticky yoga mat is meant to give practitioners a good grip and prevent slipping, that has never meant anything to me, since I have rather sweaty hands and feet. And so, I have always needed the aid of an extra layer in the form of a rug or towel.

When I first started Ashtanga, I always used Mysore rugs because that’s what I saw my teacher use. But boy are those things bulky and a bit heavy. Over the years, I transitioned over to using modern yoga towels that were a lot less bulky and were just as pretty, if not more so. And because I valued the convenience of something that packed away well, I stopped using the Mysore rug.

The yoga towels that I normally use are flat, with not dots on the underside. For me, these provide better grip and I enjoy the soft feel of the microfibre fabric. Under normal circumstances i.e., humidity not at 90% and above, yoga towels work very well for me. They are very absorbent and ‘grippy when slippy’ so are able to prevent slips and slides. Because of this, and the fact that they are easy to pack and carry, they became my default go-to option.

These past weeks in October, the KPJAYI shala however, has been a veritable steam room, given the high humidity of the weather, along with all the human bodies meticulously cranking out their practice in silence and focus. Despite living in Singapore and actually being used to sweating profusely whenever I am on the mat, I could not believe the amount of perspiration pouring out of my pores these past couple of weeks.

One day, when the time came to do my back bends, my yoga towel was completely soaked and squelchy as I positioned my feet in preparation for the asana. As I stretched up and back to touch the floor, my sweat-soaked prop gave out and my hands SLIPPED. I dropped on my head. So, not only was the squelchy feeling gross, it had started to get dangerous too!

The next day, I dug out my old Mysore rug and used that for practice. What a world of difference it made! There was good grip, no slippage nor squelchiness. And most importantly, I didn’t drop myself on my head. I found that I actually enjoyed the texture of the natural cotton under my hands and feet. And because it is heavier than a towel, it sat better on my mat and did not shift around as much despite the numerous jump backs and jump throughs.

There were some drawbacks however. The rug did not pack as tightly as a towel. So it was rather bulky and heavy to lug around especially after soaking up all that sweat. Also, washing a Mysore rug isn’t as easy as a microfibre towel, especially if all your washing is done by hand. And last, but certainly not least and my biggest bane about using a Mysore rug is sustaining what is known as the Ashtangi toe. This is the phenomenon of the skin on the underside of the big toe peeling back due to the friction caused by too many jump backs and jump-throughs. If you see individuals walking around sporting tightly taped up big toes, chances are, they practice Ashtanga.

However, if I had to choose between the well being of my big toe and that of my head, I will obviously have to choose the latter. Meaning, between a traditional Mysore rug and a modern yoga towel, all other factors aside, I prefer using the Mysore rug, while I am in Mysore anyway. I would specifically recommend getting a slightly thinner version, which is lighter to carry but still really good in absorbing vast amounts of sweat and offers good grip for hands and feet with no squelchiness!

In most other circumstances however, I would use my yoga towel because it has offers all the benefits of a Mysore rug, without the Ashtangi toe. So in a nutshell, I highly recommend that you have both a towel and rug so you can give  yourself the option to use one or there other depending on the weather on that day.

Nadira Mohsin is a Singapore based KPJAYI authorised ashtanga yoga instructor. Having practiced yoga for well over a decade under the tutelage of Sharath Jois at the K. Pattabhi Jois Ashtanga Yoga Institute in Mysore, India, she today leads a team of teachers at Singapore's Art of Yoga.