I have been practising Ashtanga yoga since 2005. In 2008, I made my first trip to Mysore, India to study with Sharath Jois, Director of KPJAYI, and I have been making trips to Mysore ever since to study at the source. In 2012, I made the decision to teach yoga full time and I have not looked back.

I believe that teaching what I know of yoga will make the world a better place. Practicing yoga is a journey. If done sincerely and with enough patience and dedication, it transforms you – from the inside!

The breath. It’s such a wide topic. I don’t think I could ever do it justice, but I’m going to try.

As a yoga teacher, I’m always telling my students that breathing in yoga is the most important thing. In fact, is the only thing. The purpose of yoga is to find a calm and steady breath in whatever pose you find yourself in. Butâ€¦why? Because breathwork, is the gateway to healing. Breathing is critical to life. If you stop breathing, you DIE. Itâ€™s that simple.

Just like constant flow of blood, the body needs a constant flow of oxygen in and carbon dioxide out. Because the body is so resilient and wired for life, That basic function of gas exchange, can be achieved by any type of breathing. Your breath could be shallow or deep, ragged or smooth, mindful or UNmindful and it’ll still keep you alive.

But will it keep you WELL? 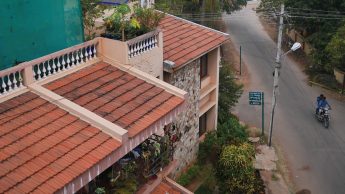 Continuing off from my previous blog post on tips for the first time visitor to Mysore, below are some other things to keep in mind when coming to India. Firstly having sufficient copies of your passport and Indian visa! Youâ€™d be surprised at how often youâ€™ll end up needing them. Should you need to fill out any official application forms, there is a good chance you will be asked to produce these documents, so come prepared. 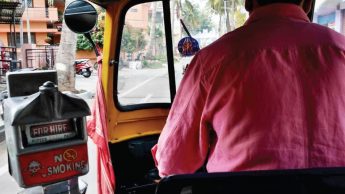 November 4, 2016
Mysore: Getting There & Getting Around

Coming to Mysore to practice and spending time here is one of my most favourite things, and if you make it here, I am quite certain it will be yours as well. If it’s your first time to Mysore or even to India, here are some suggested ways to make your trip a little bit smoother – at least when it comes to transport choices and getting around.